What the Evolution of CyberCrime Means for Email Security 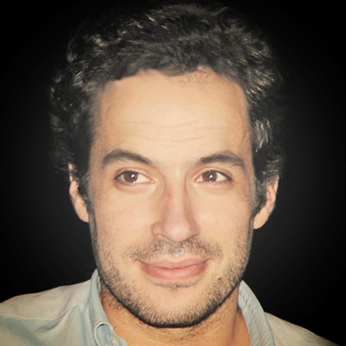 With each month passing by, traditional cybersecurity becomes less effective. New threats and attacks keep appearing, which makes any digital security obsolete if it is not performing constant updates and keeping up with the trends.

But first, let’s discuss the evolution of cybercrime.

The Evolution of Cybercrime

When people talk about cybercrime and the many types of cyber threats, a lot fail to understand that they are continually evolving.

The main thing about cybercrime is that it never stops changing and finding new ways to breach your systems. What’s even worse, the number of these attacks continues to rise.

Furthermore, email attacks and other cyber attacks are not typically targeting regular people anymore – the attacks have moved to companies as well.

When the now famous cyber attack on Sony in 2014 occurred, many companies have slowly started to realize that cybercrime is a much bigger issue than previously thought. Cyber threats stopped being a strictly IT department issue and became one of the top things on the business agenda.

Businesses have, since then, realized that cyber attacks could cost them a lot more than they can afford to lose.

Other attacks and the trend of them increasing in number and frequency has also prompted companies to focus a lot of their energy on digital security.

The Effect on Email Security

The main question here is – what does this evolution have to do with emails?

Well, an overwhelming number of cyber attacks target the emails of employees and executives of companies which makes email security a significant topic of concern for every business.

The reason for that is that email is, in most cases, an easy target for hackers. That’s why a vast majority of cyber attacks start with a simple phishing email. For example, in the Sony hack, a variant of the Shamoon wiper malware was used in the attack. That same virus was already used to attack Saudi Arabia’s Aramco company. The offense started when an employee of this company opening a phishing email through which the hackers gained entry into the network.

The entire attack has a lot more to it, but the main thing is that it started with a simple email.

The worst thing here is that these attacks are constantly evolving, and there are now many types of attacks that target emails. With email security being something that’s often overlooked, every phishing email has the potential to ruin your business.

Plus, there are more and more types of these emails. Spear phishing is now one of the main concerns. According to research, in 2017 these attacks were the most commonly used types of cyber attacks, with 71% of hackers using them in their attacks.

All of this goes to show the enormous effect the cybercrime evolution has had on email attacks and email security. These attacks have prompted the use of email security software which you should start using as soon as possible.